THE EMERGENCE OF ‘DEAF IN THEATRE’

THE EMERGENCE OF ‘DEAF IN THEATRE’

It’s all about inclusion in the theatre

Over the last few years a new category of Deaf Theatre has emerged and for the time being called ‘Deaf in Theatre.’  In this case a traditional theatre production is mounted with the casting of one Deaf actor in one of the principal roles of the production.  This kind of theatrical production was likely made popular by the play “Tribes” (https://en.wikipedia.org/wiki/Tribes_(play) that contained a storyline evolving around a principal character in the play who was deaf.  The play has been frequently produced, on a national basis, since its first successful world premiere on London’s Royal Court Theatre (2010).

The play has provided frequent opportunities for Deaf actors due to its popularity and as a result has encouraged the inclusion of other Deaf actors in traditional stage plays. One example of this can be seen in the production of “The Hunchback of Notre Dame”. The 5th Avenue Theatre located in Seattle, Washington casted Joshua Castille, a Deaf actor, in the role of the hunchback in May 2018. Below is a photo of Joshua, who has had an active career in TV, film and on stage. Also, a link to an article about the play is provided. 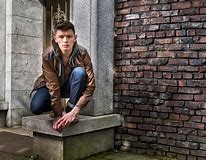 The concept has proven to be quite popular with the general public that Joshua has been brought back to appear in the ACT production of Romeo and Juliet in 2019. 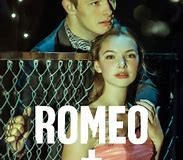 Prior to Tribes there are earlier efforts to place Deaf actors into traditional theatre productions. Most notably is Howie Seago during his years at the Oregon Shakespeare Festival. (https://en.wikipedia.org/wiki/Howie_Seago)  He successfully appeared in various seasons with the festival.  Below is a photo of Howie and a link to one of his appearances at the festival.

During the most recent season at the Oregon Shakespeare festival they introduced Monique Holt, a successful Deaf actress, who is currently living in Seattle, Washington.  Monique is one of the few known Deaf people to successfully graduate from a professional theatre school (NYU, MFA, Acting). She appeared in two productions during the festival’s season.

“By placing Sign Language on stage, the National Theatre of the Deaf showed the world that Sign Language was a beautiful, powerful, visual language.”

- NATIONAL THEATRE OF THE DEAF 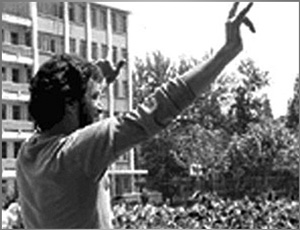